Mass Release of Prisoners Underway in N.J. to Check Spread of Coronavirus 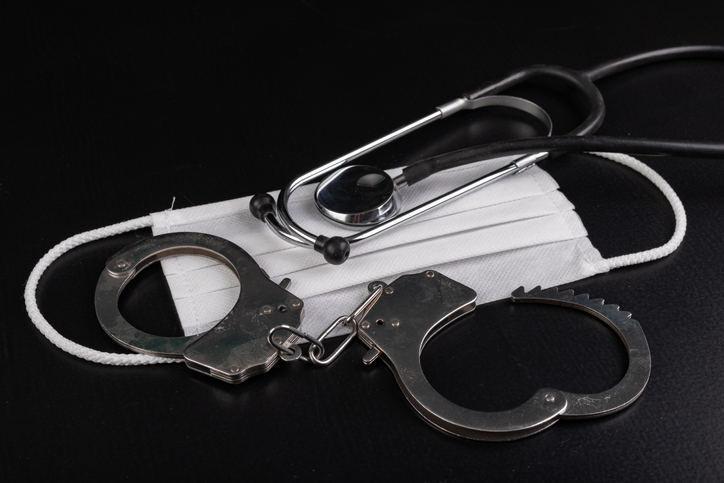 COVID-19 is most likely to be transmitted in enclosed, crowded environments, which puts inmates in highly populated prisons at a high risk of contracting it. As the virus surges nationwide, New Jersey is engaging in a mass release of prisoners in an attempt to slow the spread. The state Department of Corrections has released more than 2,200 inmates from prisons across the state and about a thousand more are expected to be paroled in the coming months.

According to the Department of Corrections, 3,017 inmates and 1,182 staff members in prisons across the state have tested positive for coronavirus since April 3, 2020. Fifty-one inmates died during the first phase of the pandemic, between April 3 and July 26, 2020.

The mass release of prisoners was authorized in a law signed October 19 by New Jersey Governor Phillip Murphy. With some exceptions, inmates with less than a year left on their sentences are eligible for early release based on public health emergency credits. Inmates serving time for violent offenses such as murder or sexual assault do not qualify

The public health emergency credits awarded to eligible inmates accrue at a rate of 122 days per month (or portion of a month) during the health crisis, up to a maximum of eight months.

Release from state prison doesn’t necessarily mean an inmate is free of confinement. Following their release, 88 inmates of foreign nationality were taken into ICE custody and placed in removal proceedings. They have been moved to federal facilities outside New Jersey or are being detained in the state pending hearings and decisions by immigration judges.

Whether or not inmates are eligible for pandemic-related early release, they may also have grounds to obtain reduction or vacating of their sentences by seeking post-conviction relief. This requires filing a petition within five years of the date of conviction. A petition can be based on any of these grounds:

Legal permanent residents and visa holders who are in jeopardy of deportation or losing their legal status may also be eligible for post-conviction relief.

The Law Offices of David Jay Glassman handles criminal appeals and post-conviction relief matters and assists those who are facing possible deportation in connection with criminal convictions. With office locations in Marlton, Newark, New Brunswick and Hackensack, we represent clients in criminal defense matters throughout New Jersey. Call 866-221-1270 or contact us online to schedule a consultation.