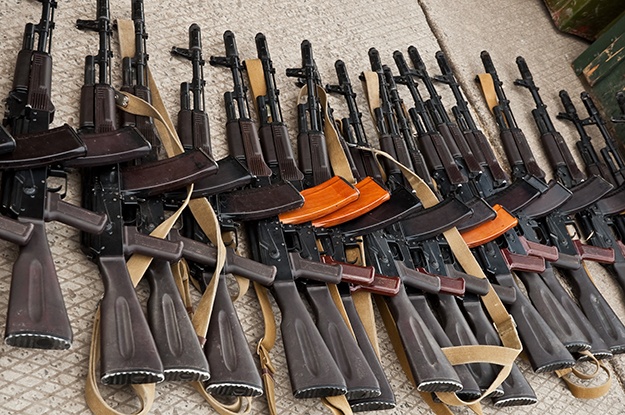 There are valid reasons for carrying a weapon. Some people require them for work while others rely on them for safety. State and federal laws regulate the carrying and possession of weapons, and those regulations state that some weapons cannot be owned at all, and others cannot be carried in New Jersey. Many may not be carried or concealed without the proper license or permit. The Law Office of David Jay Glassman defends New Jersey clients against state and federal gun possession charges. Whether you were charged with carrying an assault weapon, a concealed weapon or a stun gun, we can help. The Second Amendment to the Constitution guarantees you the right to bear arms, and we do everything possible to uphold that right.

New Jersey has some of the toughest gun laws in the country. In fact, gun owners who live in other states are sometimes caught off guard by New Jersey’s strict laws and may find themselves facing serious charges for keeping a weapon in their car, because even people just driving through the state are subject to its rules. New Jersey’s weapons laws address the following:

We know, however, that there are exceptions to each of these rules, and we fight tenaciously to get your charges dropped or reduced based on these permitted uses. Our firm also defends those charged with illegally selling or manufacturing weapons as well as those who have run afoul of any of the state’s or the federal government’s other weapons regulations.

In addition to the state’s regular laws for weapons possession, there are additional regulations concerning juveniles. It is a crime to sell handcuffs or certain knives to minors. Because licenses are necessary to carry most weapons in New Jersey, nearly all possession by minors is unlawful. Our firm defends minors accused of carrying or possessing weapons, regardless of whether the weapons are alleged to have been used in another crime.

Trust us to defend your constitutional right to own a weapon

The Law Office of David Jay Glassman takes the Second Amendment seriously. Our firm defends those charged with all state and federal gun and weapons crimes, from possession of a concealed weapon to weapons trafficking. From our offices conveniently located in Hackensack, Marlton, Newark and New Brunswick, our legal team handles cases throughout New Jersey. For a free consultation with a top-rated lawyer with more than 40 years of criminal defense experience, call 866-221-1270 or contact us online.